THE HISTORY OF
SPENCER HOUSE

THE PALACE OF GEORGIAN AND GREEK SPLENDOUR HAS A STORIED PAST, INCLUDING WARTIME SERVICE FOR THE NATION 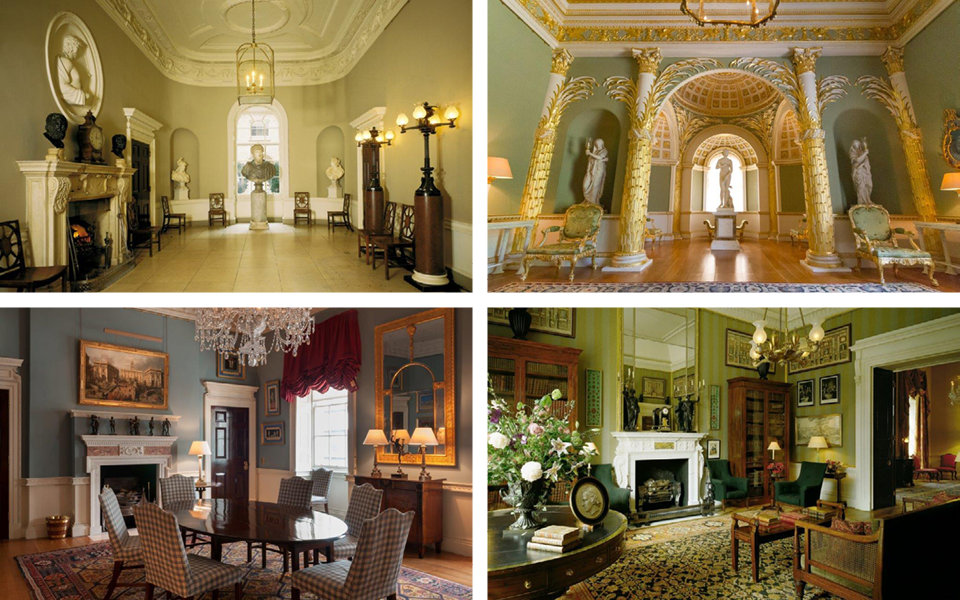 Spencer House is London’s most magnificent private palace. The exterior and ground floor were designed by architect John Vardy for Lord John Spencer in the 1750s before James Stuart completed the rest of the interiors in a pioneering neoclassical style.

Vardy was responsible for the external elevations of Spencer House and the design of the ground-floor rooms including some of the furniture. James ‘Athenian’ Stuart, then newly returned from Greece, superseded Vardy as Lord Spencer’s architect in 1758. As a result, the House became the first in London to display accurate Greek detail in interior decoration.

Spencer House was conceived as a showcase of classical detail but it was also designed for pleasure and a festive theme runs throughout the many state rooms. The first Earl of Spencer and his wife were prominent figures in London society, and during their lifetime Spencer House was often the setting for lavish entertainments – a tradition which has been passed on through future generations.

Following the death of the first Earl Spencer in 1783, the house was partly remodelled by the architect Henry Holland, who added Greek Ionic columns in the dining room as well as large mahogany doors in the staircase hall, the ante room, and the library. In the 1840s, the ground floor was decorated and the first floor restored by the famous Victorian architect Philip Hardwick.

The Spencer family continued to live at the House until 1895, when it was then let to a series of tenants including the Duke of Marlborough and his wife, the former Miss Consuelo Vanderbilt. Following the death of the fifth Earl Spencer in 1910, the family returned to the house and in 1926 the building was substantially restored. A year later, however, the family moved away and the House was let to the Ladies’ Army and Navy Club, which remained in occupation until 1943. During the Second World War the house was occupied by the nation’s nursing services, and in 1948 a lease was signed with the auctioneers Christie’s, whose bomb-damaged premises in King Street were being rebuilt.

Spencer House has now regained full splendour of its late eighteenth-century appearance after a ten-year programme of restoration under the chairmanship of Lord Rothschild, who took over the lease in 1985. Officially the House remains in the Spencer name, the most recent owner being the 9th Earl Charles Spencer, Lady Diana’s brother.