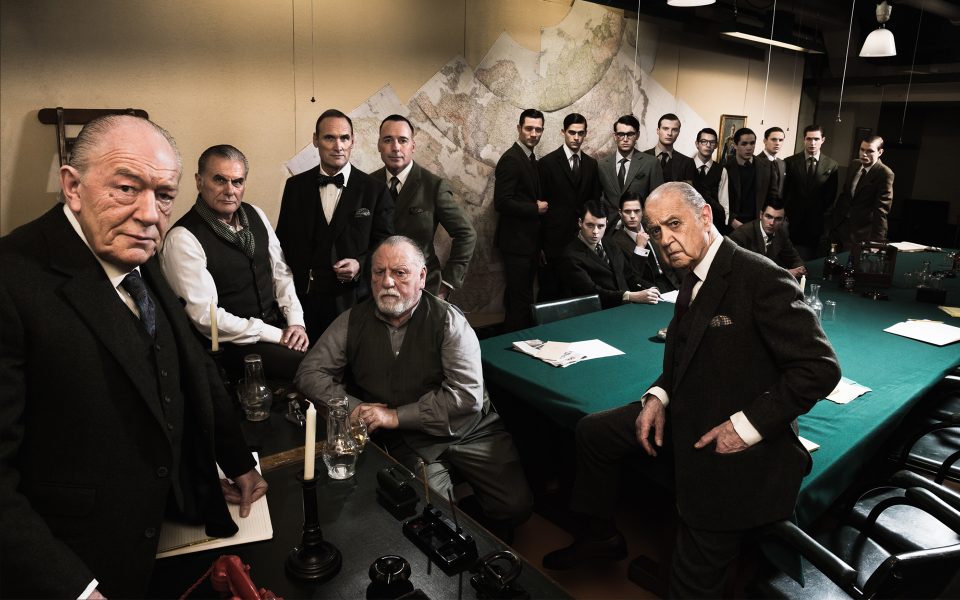 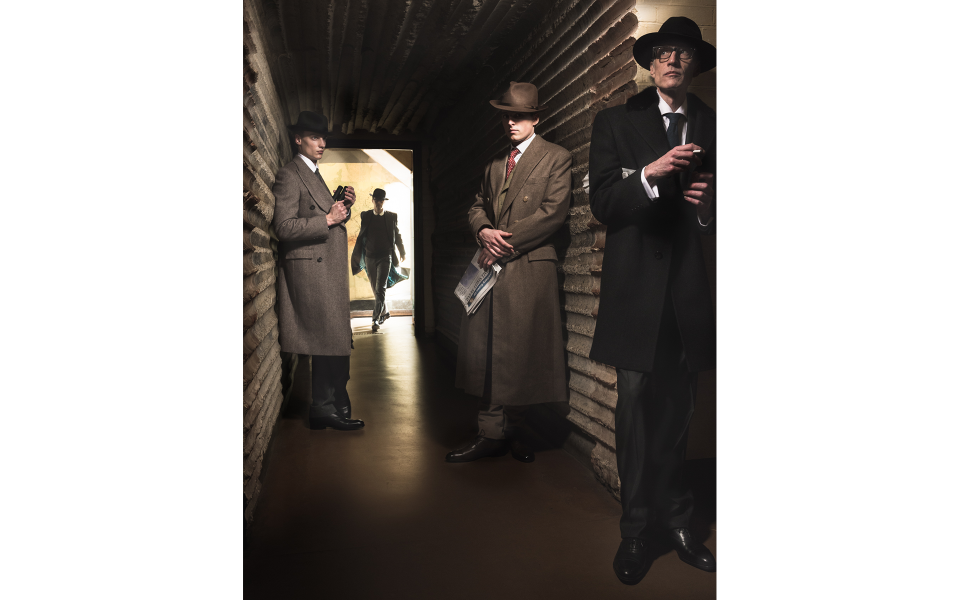 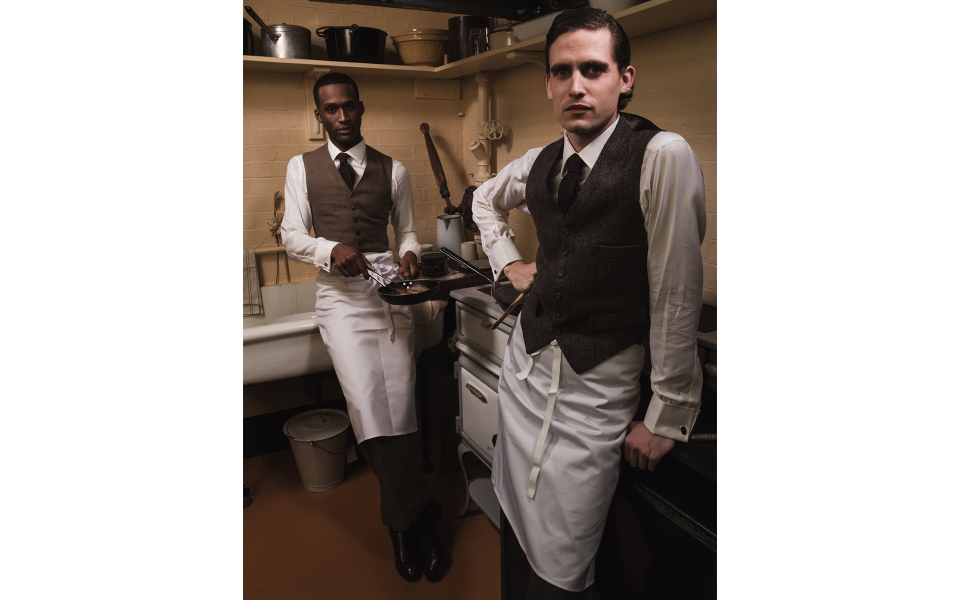 Both Chittleborough and Morgan Full Screen 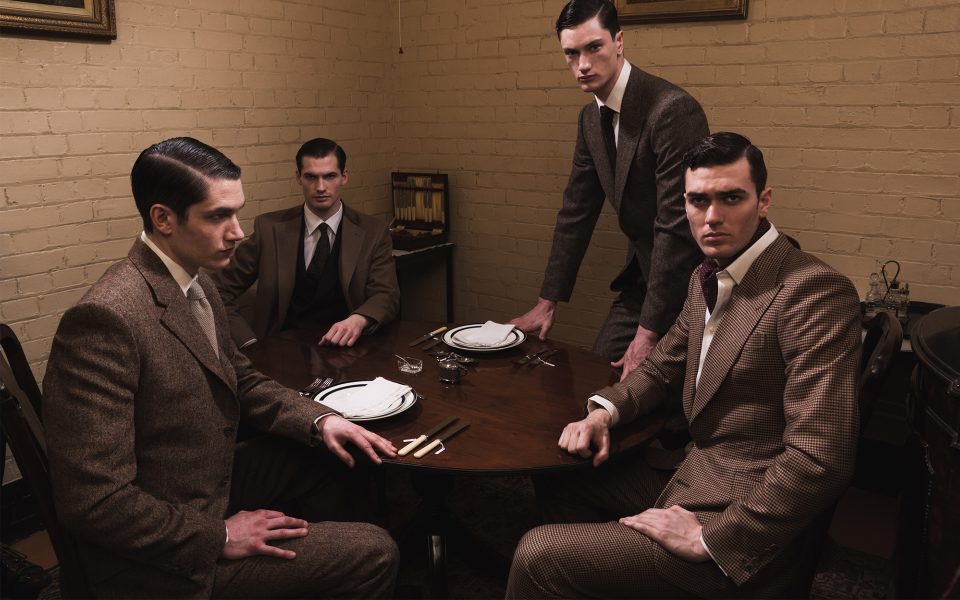 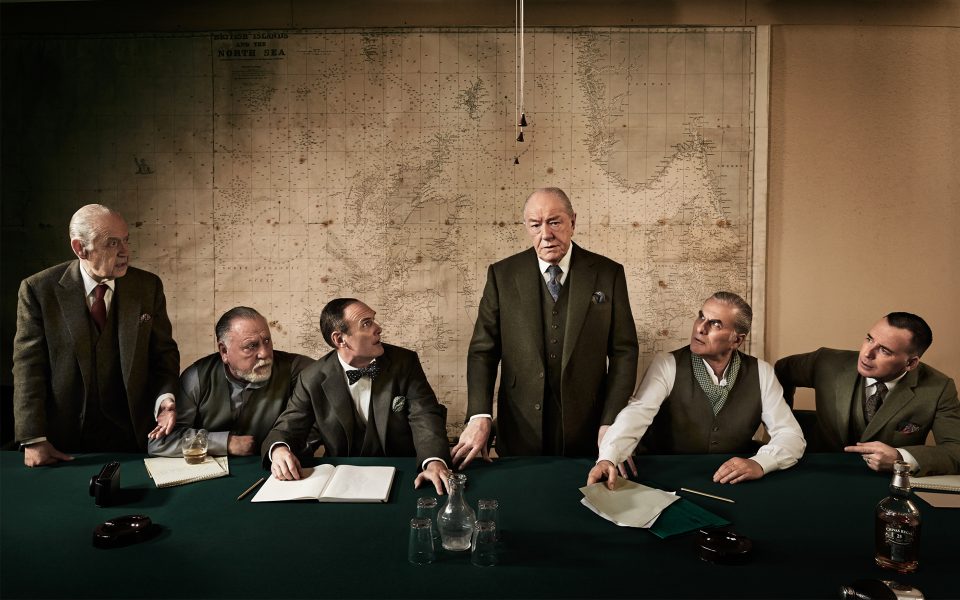 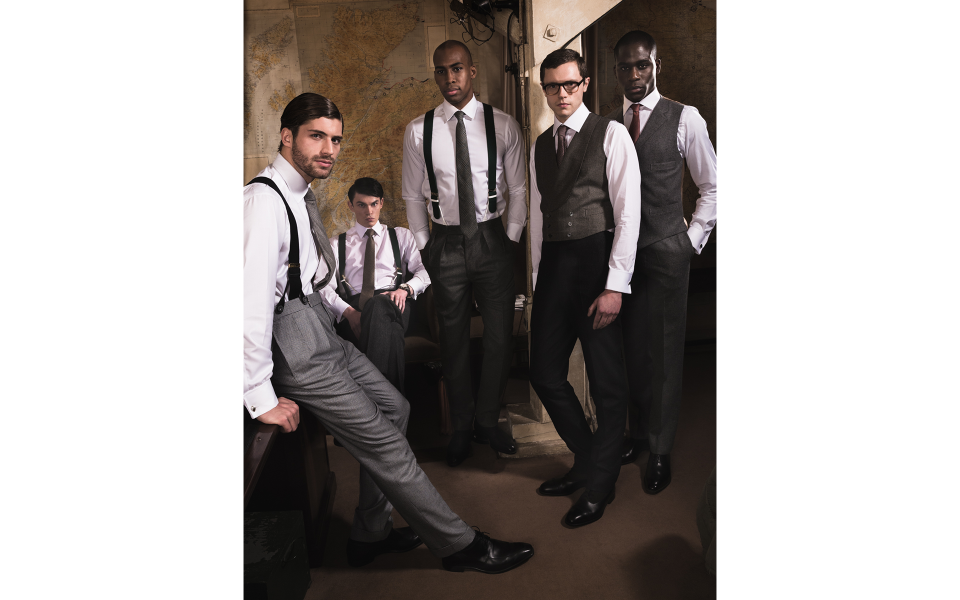 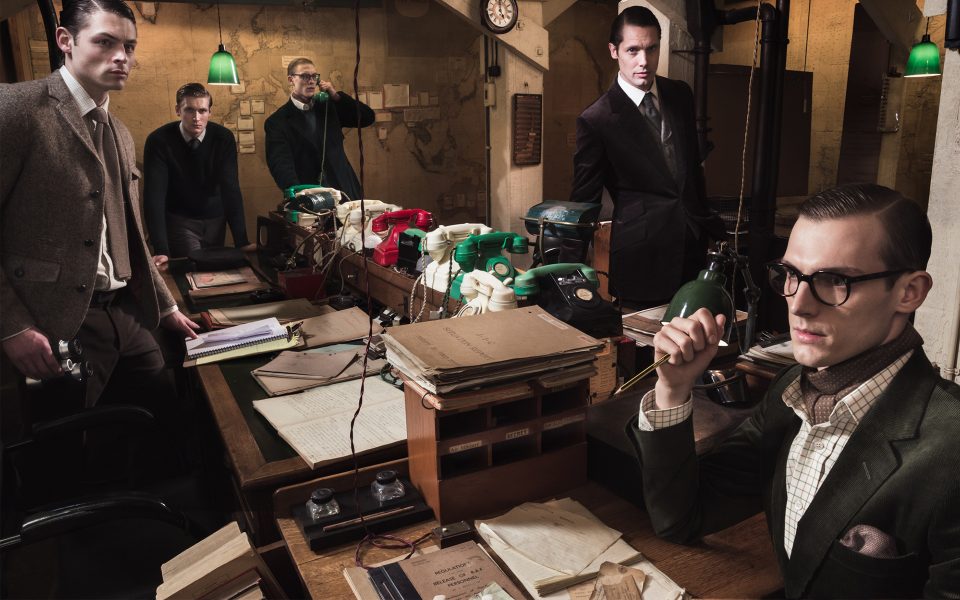 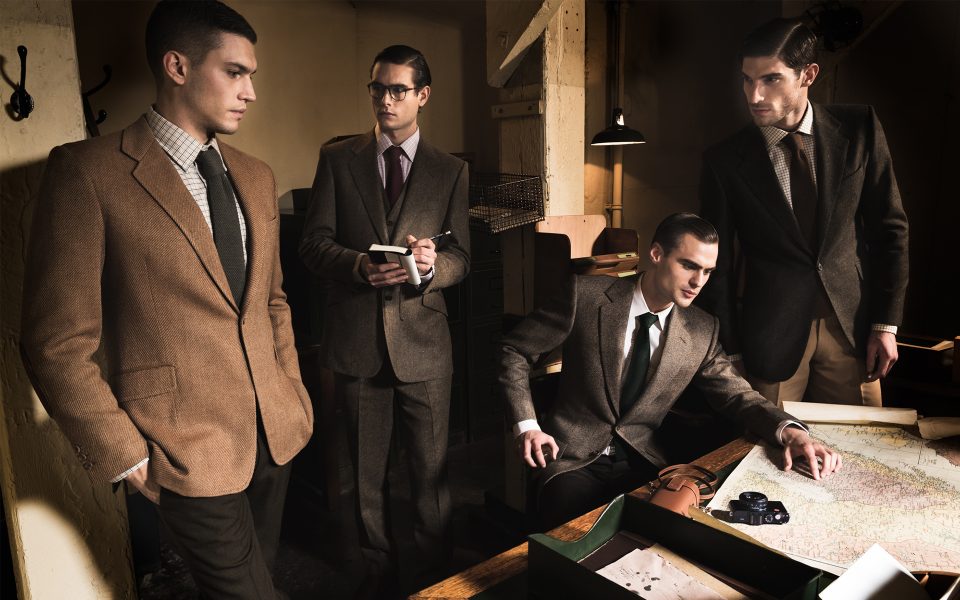 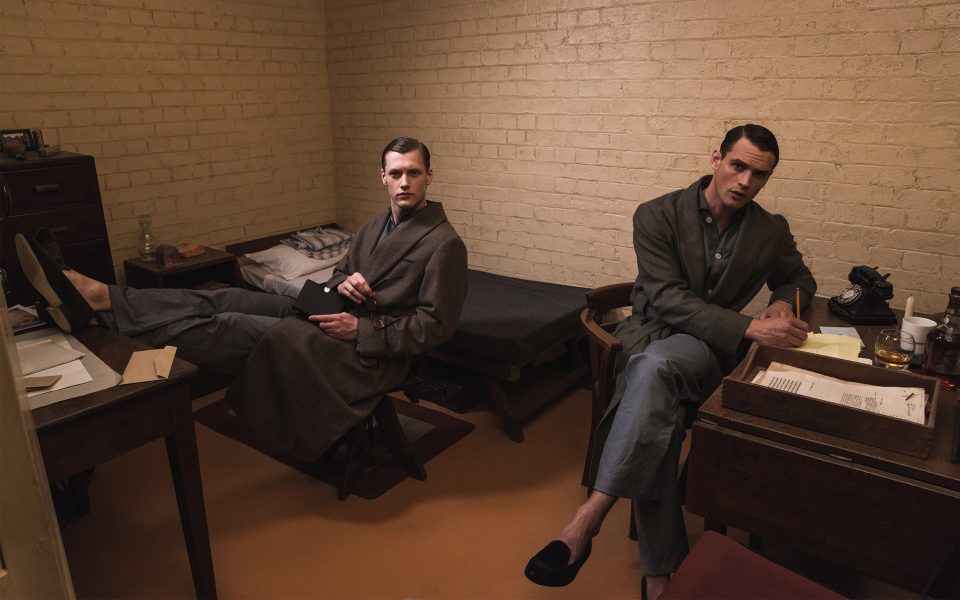 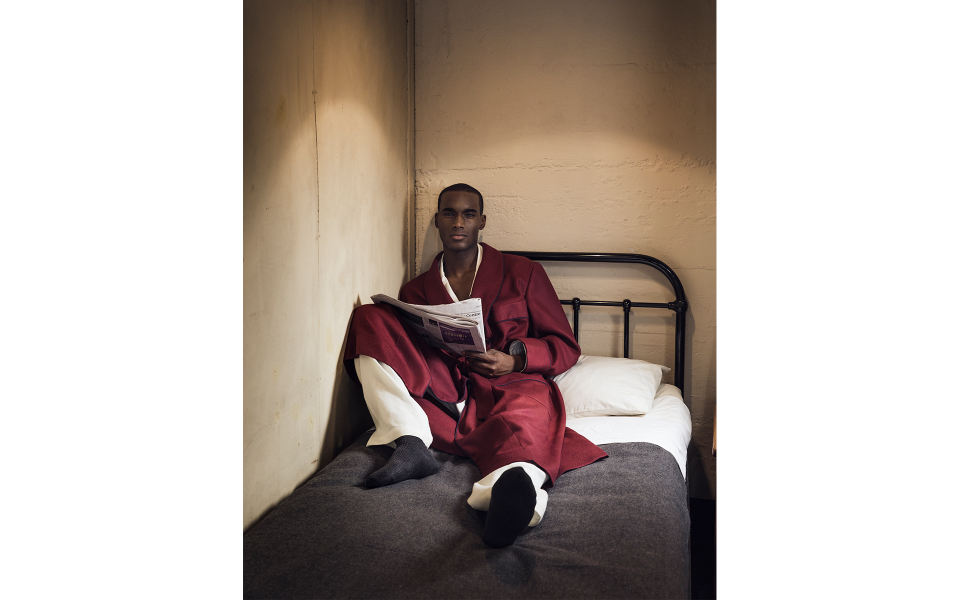 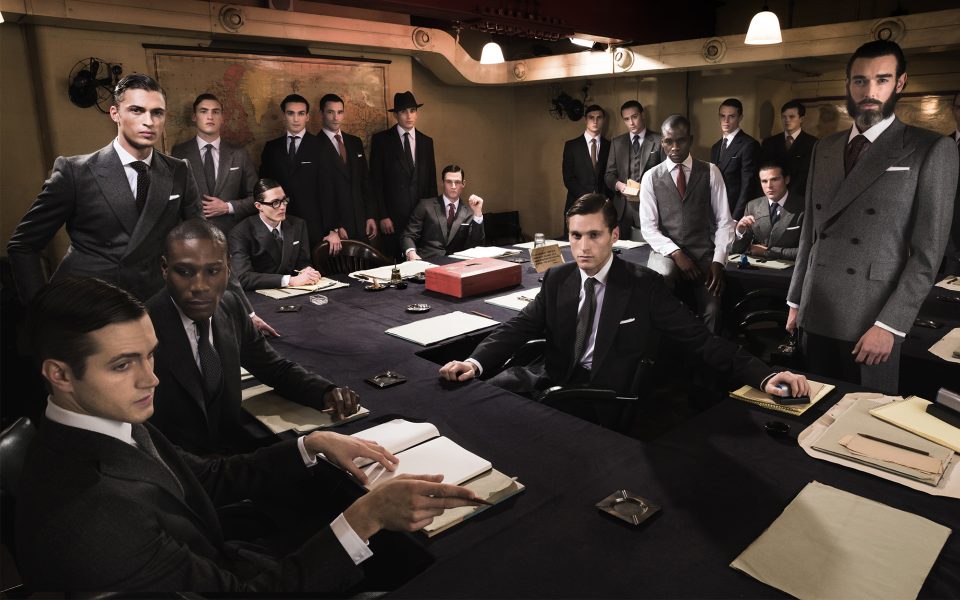 Buckle Up &
Button Down

The English Gentleman at the Cabinet War Rooms

In the January 2014 presentation, the Woolmark Company, the tailors of Savile Row and the shirt and shoemakers of St James’s paid tribute to Winston Churchill in the former PM’s secret underground hideaway.

The title of this presentation was the idea of the late AA Gill who, along with a number of other notable British characters (and one notable Canadian), agreed to model for the event in the historic Cabinet War Rooms.

The result was an extremely atmospheric and evocative evening, when the labyrinthine corridors and spaces below the streets of Whitehall came alive once more with an army of smartly-clad men, animating what is these days usually a silent museum.

The inspiration for this presentation was the British wartime spirit, which required people to make do and mend. This is of course a philosophy that lies at the heart of Savile Row, where garments are made to last a lifetime, and often will be handed down from generation to generation. In this way, styles often remain timeless, or evolve to be tailored and adapted from father to son.

The 1940s saw military colours and cloths transition from the field of operation to civilian use – full, flowing military overcoats, greatcoats and trench coats, and durable tweeds and flannels, often in the duller colours of military issue such as olive, grey and brown.

This look persists today, where the masculine practicality and ubiquitous versatility of contemporary menswear owes much to this period when clothes really had to work and adapt to different occasions. Thus, here we see urban tweeds, flannels and checks mixed with braces, white shirts and sober, grey, functional City clothing. Dressing gowns are grey wool – warm and practical, not showy – and even eveningwear is understated.

The British have a reputation for dressing down, unless the occasion is ceremonial, and here that look is exemplified by the young men and their older compatriots in finely-tailored jackets and suits, accessorised with minimum fuss with hats, neck scarves, waistcoats and handkerchiefs.

From the Map Room to the prime minister’s dining room, and from General Sir Hastings Ismay’s Office to commander ‘Tommy’ Thompson’s Room – the warren of the Cabinet War Rooms murmurs again as it plays host to an extended series of tableaux featuring trilby-and-greatcoat-wearing spies, generals in black tie and young wireless operators in tweeds.

For the third English Gentleman presentation, following months of preparation, Anderson & Sheppard and the esteemed tailors of Savile Row and St James’s brought history to life in the heart of Churchill’s wartime hideout, The Cabinet War Rooms.

The presentation included 84 outfits worn by live models, actors and ‘friends’ of Savile Row, among them Sir Michael Gambon, Kenneth Cranham and David Furnish, who took part in a re-enactment of a tactical strategy meeting in the Chief Of Staff’s Conference Room.

The focus of the AW showcase was primarily on merino wool yarns and fabrics to demonstrate the material’s natural performance properties and versatility. The overriding message was clear, and reminiscent of the British government’s moral-boosting wartime mantra: wrap-up and layer-up in merino wool.

The outfits on display were a sartorial nod to timeless men’s fashion, with suits made in traditional fabrics such as Donegal and country tweed and herringbone. Nostalgic brace-back trousers were seen alongside classic winter coats and dressing gowns in luxuriously soft merino wool.

In her report on the presentation, renowned fashion journalist Suzy Menkes commented that it was “a wistful, yet powerful visual creation of what ‘Britishness’ used to stand for in men’s fashion – and proof that the images of that era still look relevant 70 years later.”

The English Gentleman at The Cabinet War Rooms 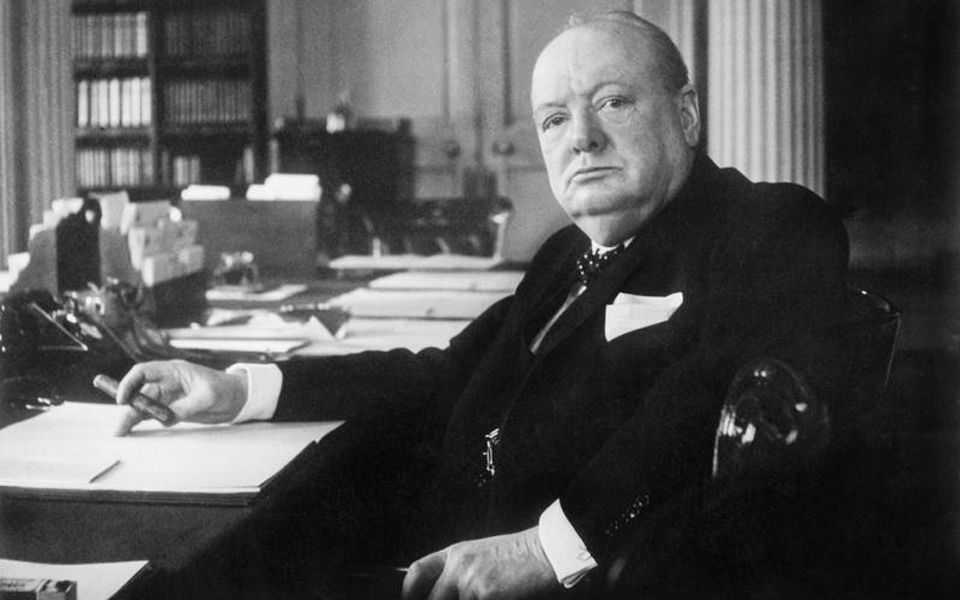 A History of The Cabinet War Rooms 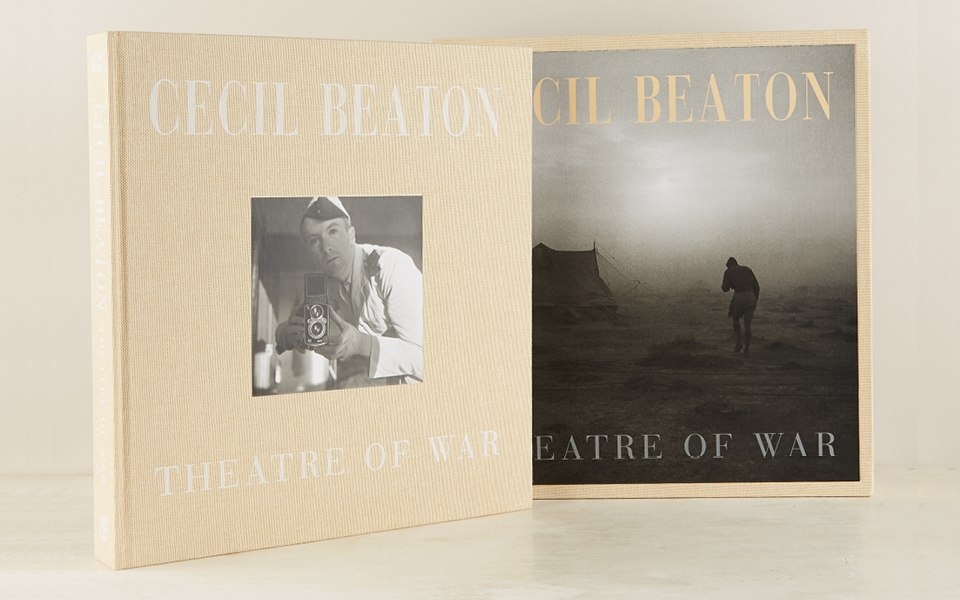 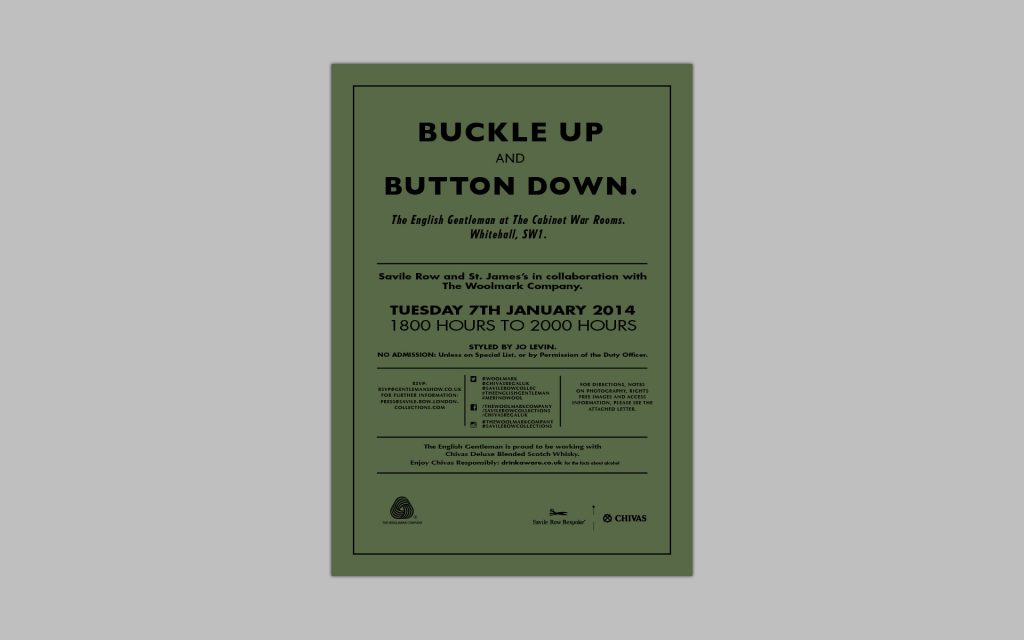 An Invitation to The Cabinet War Rooms 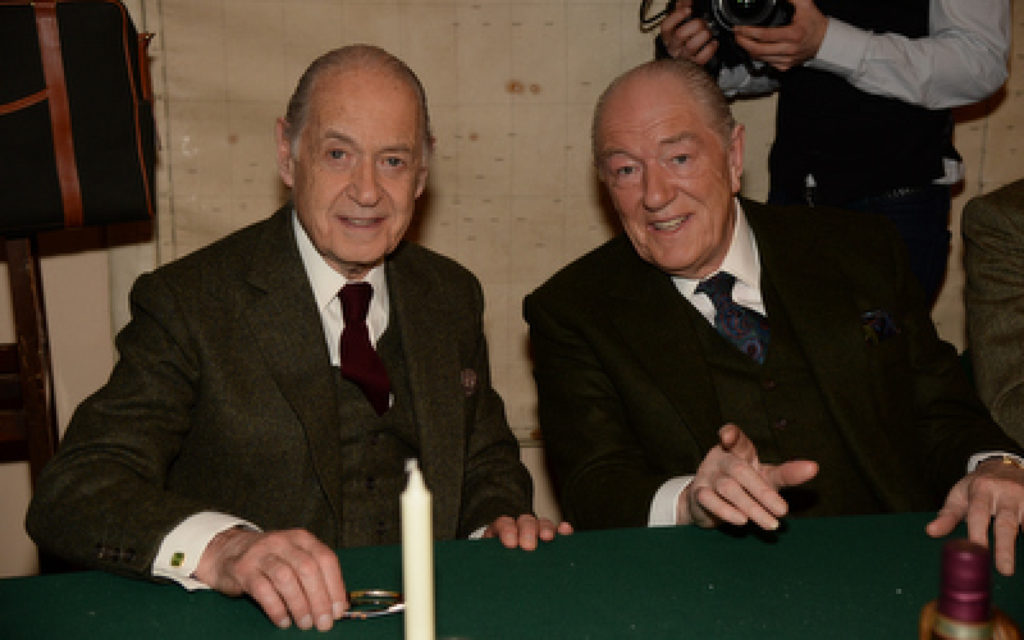 Behind the Scenes at the Cabinet War Room