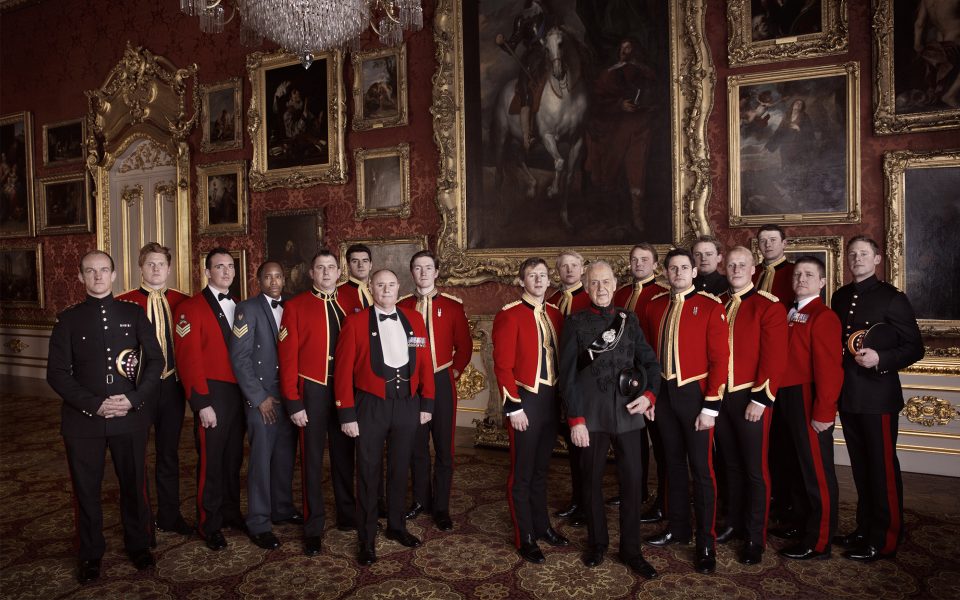 Soldiers from the household cavalry at Knightsbridge Barracks Full Screen 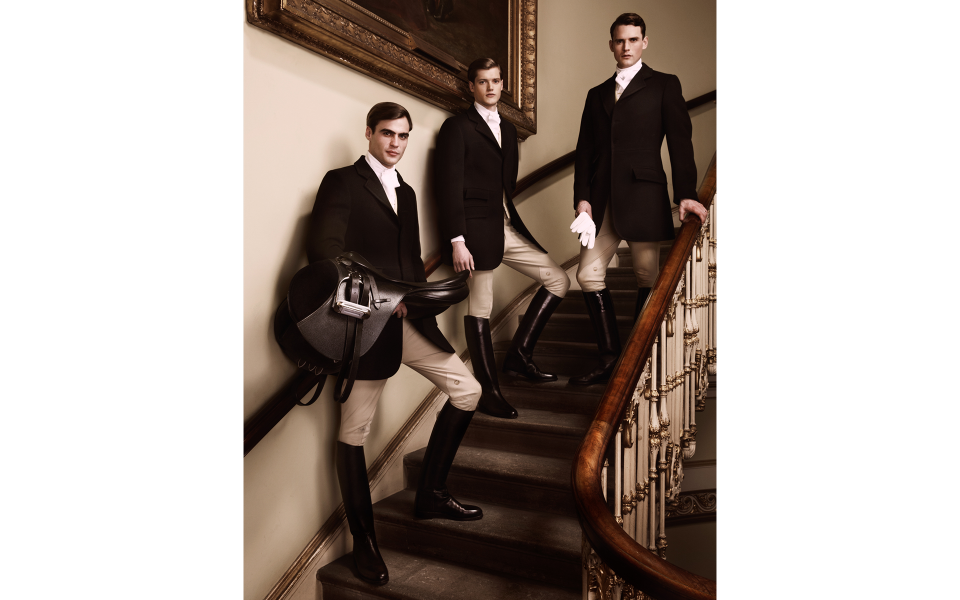 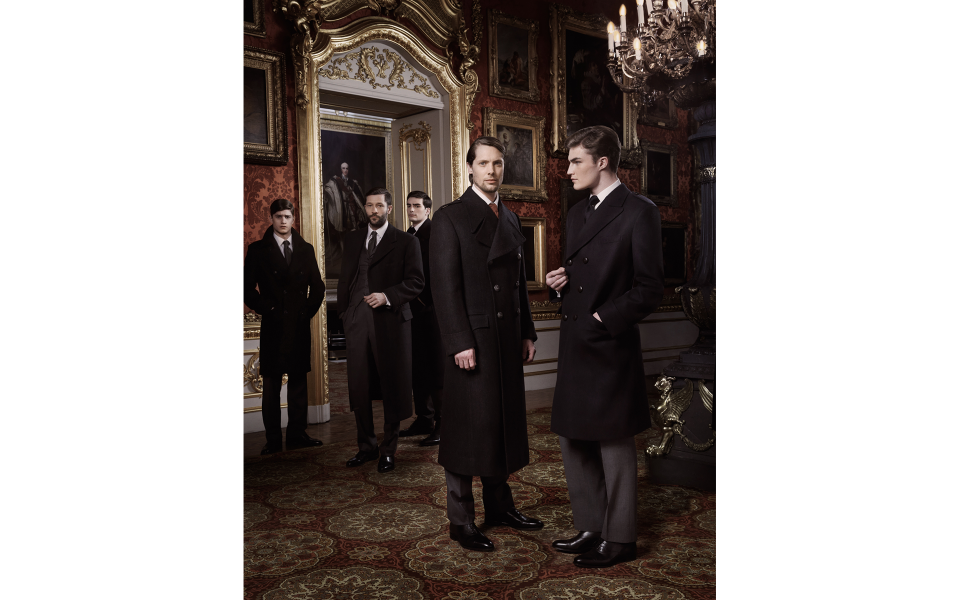 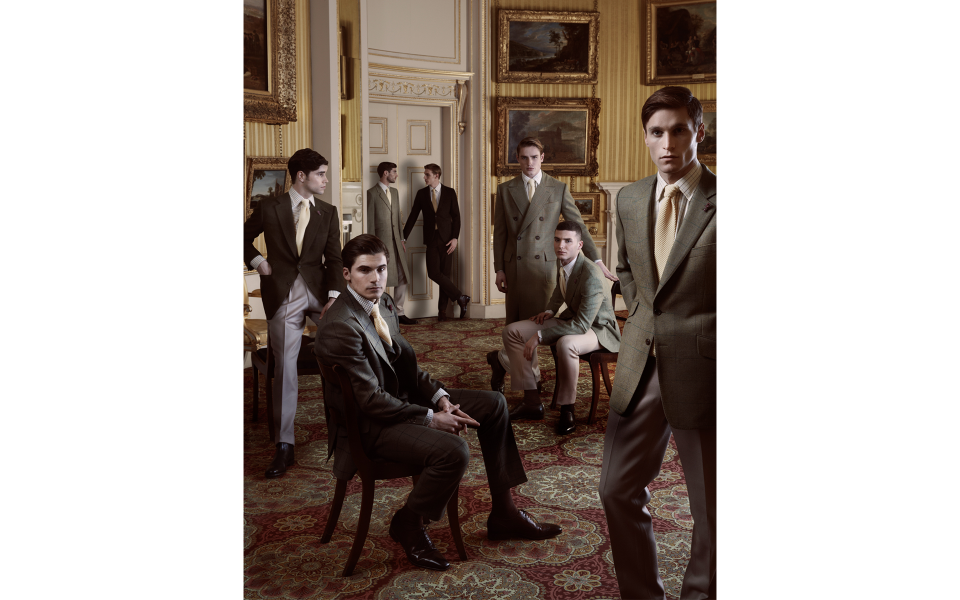 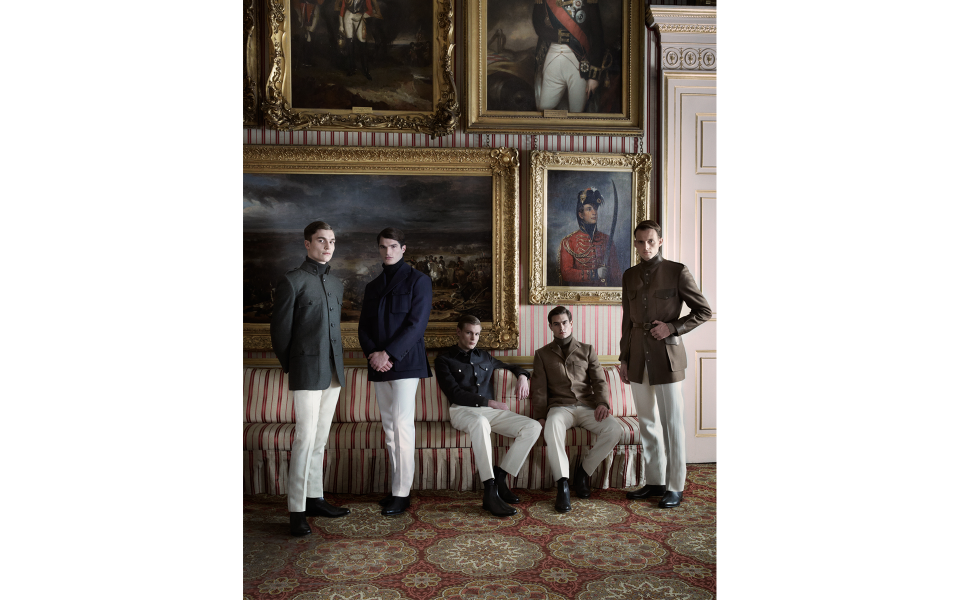 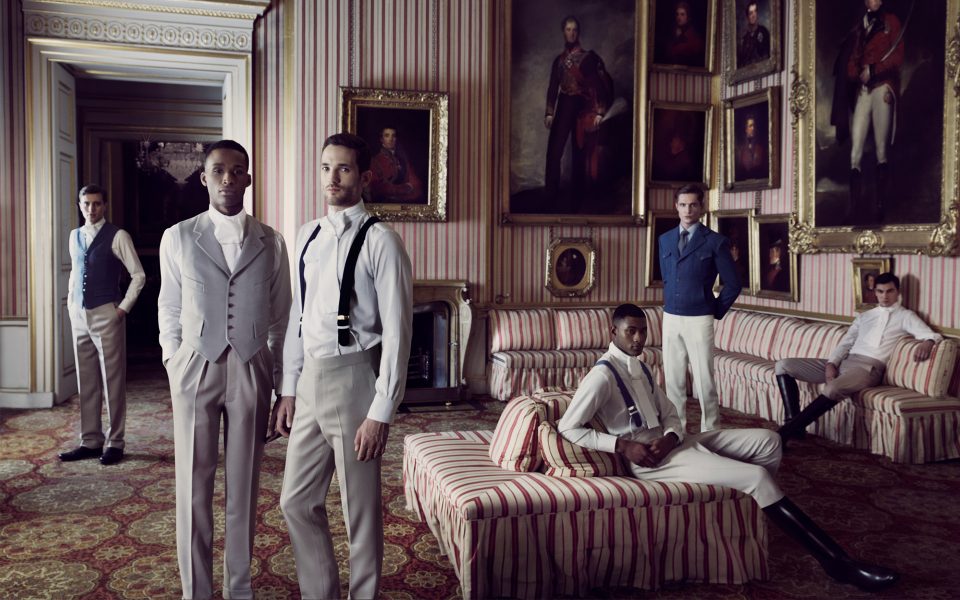 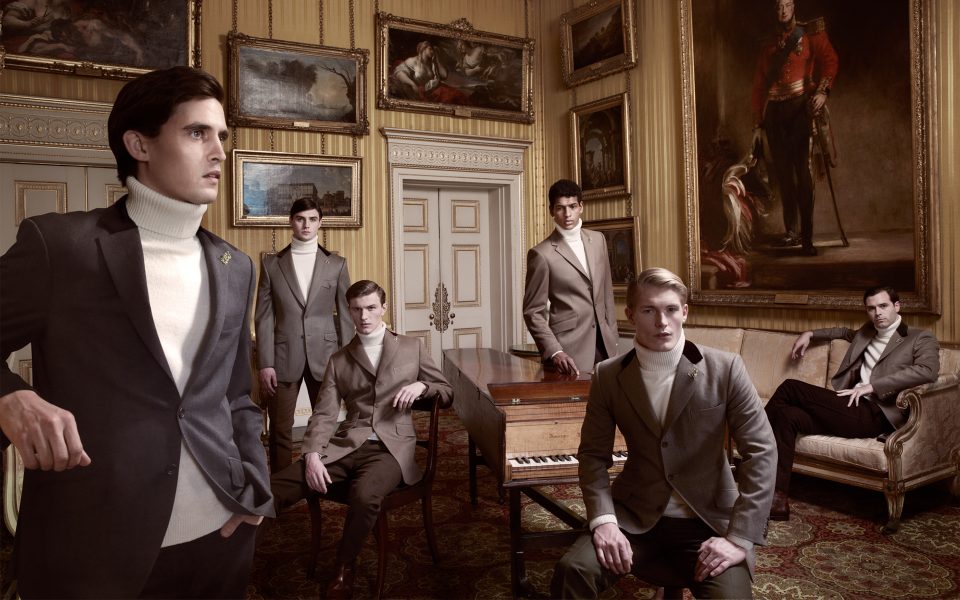 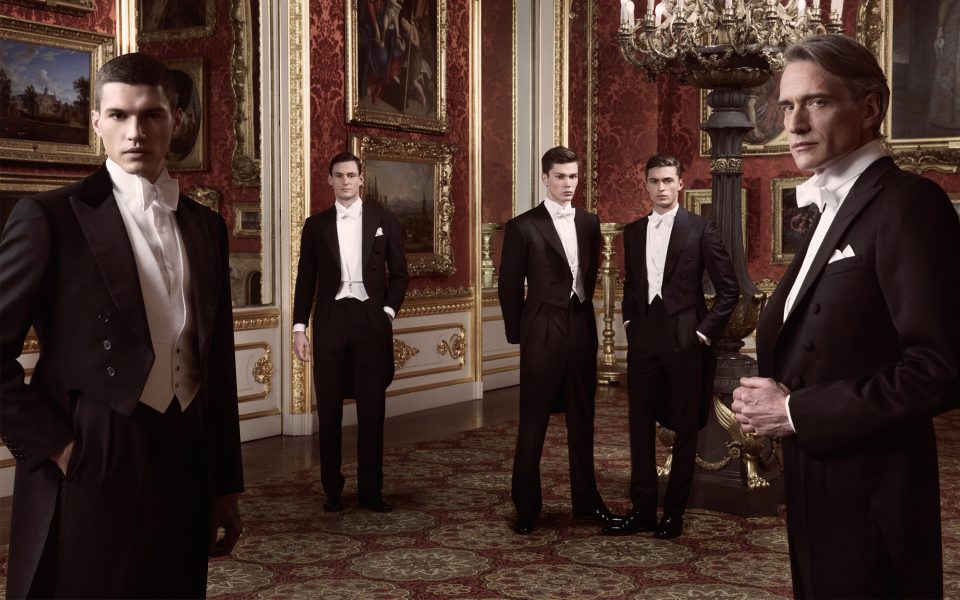 The English Gentleman at Apsley House

In the year commemorating the bicentenary of the Battle of Waterloo, the Woolmark Company, the tailors of Savile Row and the shirt and shoemakers of St James’s hosted the fourth LC:M presentation at the former home of the 1st Duke of Wellington, who led Britain to victory in the famous battle.

The origins of British menswear lie in the tailors, shirtmakers and bootmakers who made the military uniforms for our forces. Hence, the military tradition on Savile Row dates back to its earliest days, and as part of that tradition there is a strong connection with the uniforms of the cavalry and equestrianism in general.

At Apsley house, the residence of the Duke of Wellington, during the bicentenary year of the Battle of Waterloo, The English Gentleman project took over the space, much of it designed by Robert Adam, one of the 18th century’s leading architects.

As well as some real soldiers wearing their real dress uniforms, we showed a variety of outfits inspired by the sartorial traditions of the British military, and particularly, in honour of Wellington’s charger, Copenhagen, which he rode at Waterloo, by those of the British cavalry. Some items, like the woollen greatcoat, have now made a complete transition to ‘Civvy Street’, while others such as high-buttoning tunic-jackets still evoke the spirit of the barracks. And though the cavalry twill trousers on show in the Striped Room (matched with white riding shirts and riding boots by the Queen’s bootmaker) may not immediately suggest military service, they do bring to mind saddles and stables.

In the Yellow Drawing Room, hacking jackets with velvet collars worn with moleskin trousers evoke the spirit of the hunt, as do genuine Savile Row-made riding jackets and jodhpurs on the Principal Staircase.

Then, for ceremonial occasions – including those relating to state functions – there is always the theatrical formality of white tie, which is still today a speciality of Savile Row and St James’s. In the Waterloo Gallery, as if standing to attention for the Iron Duke himself, we gathered together some of the finest examples of contemporary White Tie – which, of course, are perfectly emblematic of the continuing skill of the tailor’s art.

Apsley House is one of Britain’s most prestigious addresses. With its lavish interiors and regal splendour, the London home of the 1st Duke of Wellington provided a suitably distinguished setting for the January 2015 English Gentleman presentation.

Each magnificent room in the Grade-I listed townhouse, featuring an abundance of beautiful art, elegant interiors and rich history, helped create a story around the clothes, which were inspired by military and equestrian design.

48 live models took part to showcase the bespoke creations. Many lined the central Robert Adam’s stairwell, named after the House’s original architect, which is set behind the imposing ‘Napoleon as Mars the Peacemaker’ sculpture by Italian Neoclassical artist Antonio Canova. The Waterloo Gallery, its red walls lined with exquisite gilt-framed paintings, is arguably the most visually spectacular room at Apsley House. It was here that live models donned military-inspired regalia in greatcoats and overcoats by Anderson & Sheppard, Chittleborough & Morgan and Ede & Ravenscroft. On the other side of the room, the mood took on a more formal aesthetic with white-tie ensembles in black and midnight-blue tailcoats complemented by Emma Willis shirts and accessories and dress shoes from George Cleverley.

The English Gentleman at Apsley House

Behind the Scenes – The English Gentleman at Apsley House 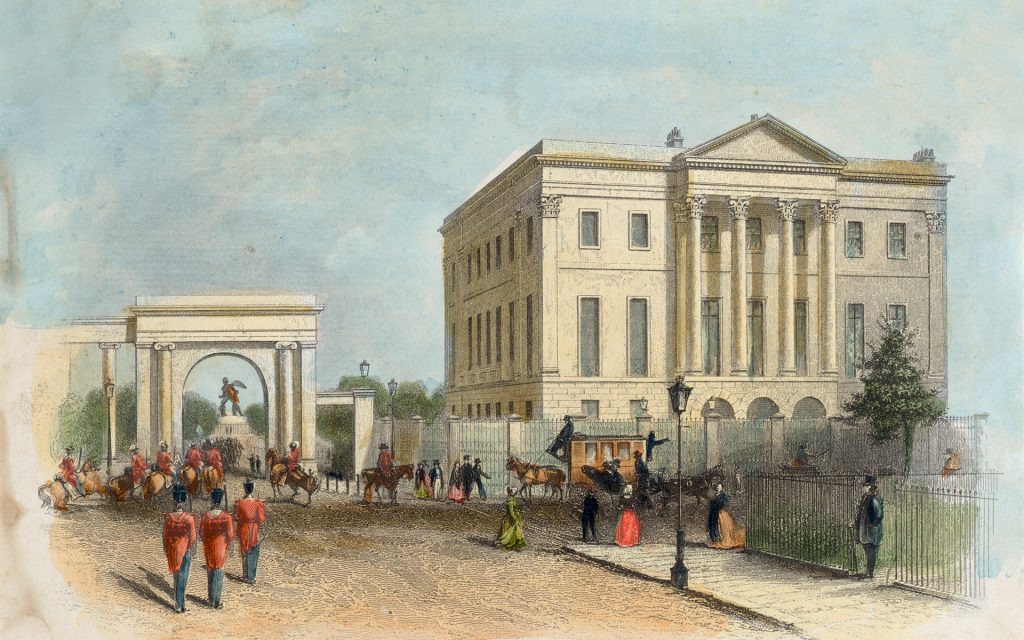 The History of
Apsley House 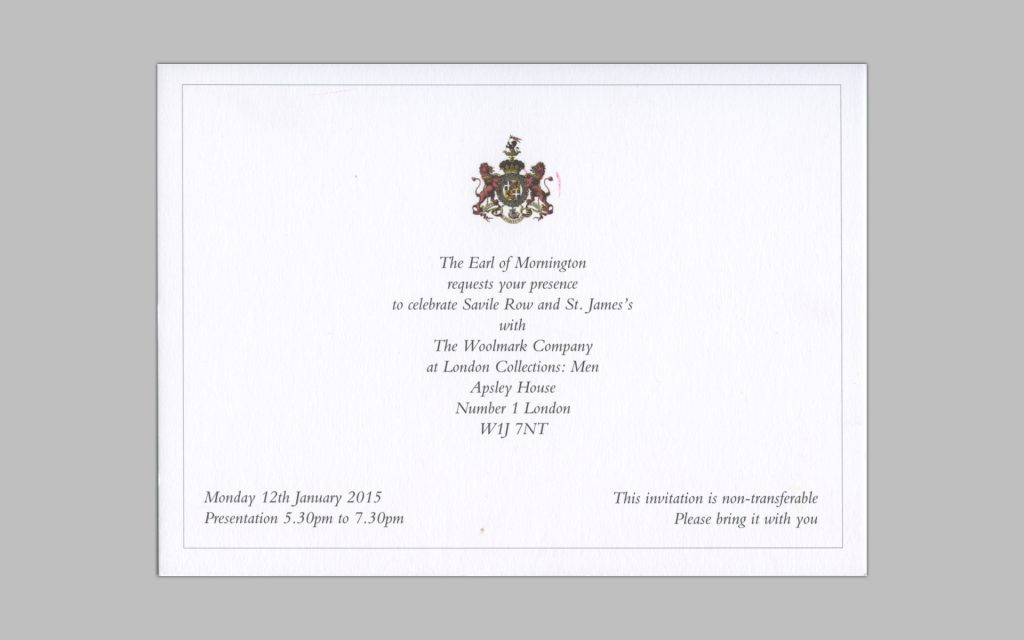 An Invitation to
Apsley House 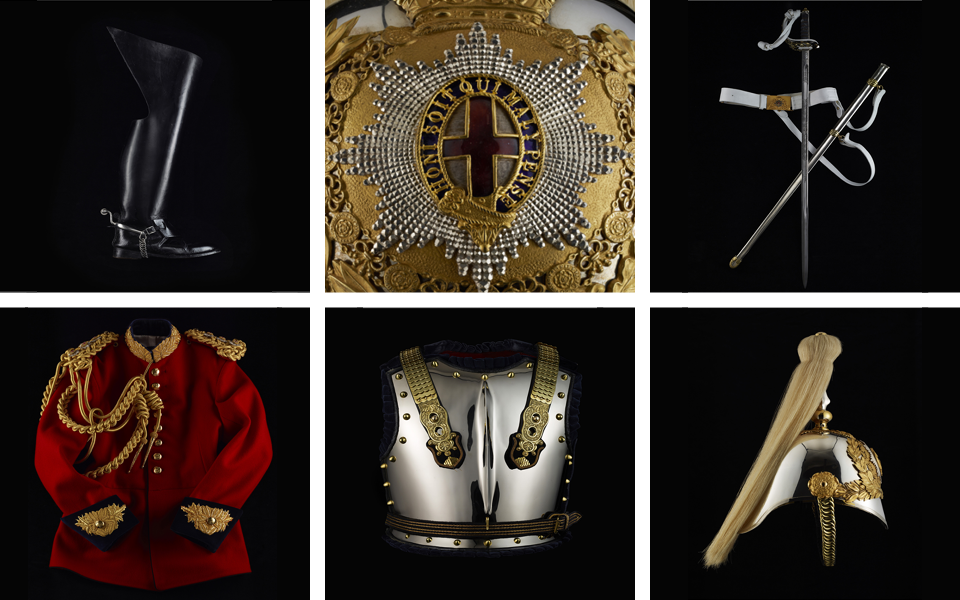 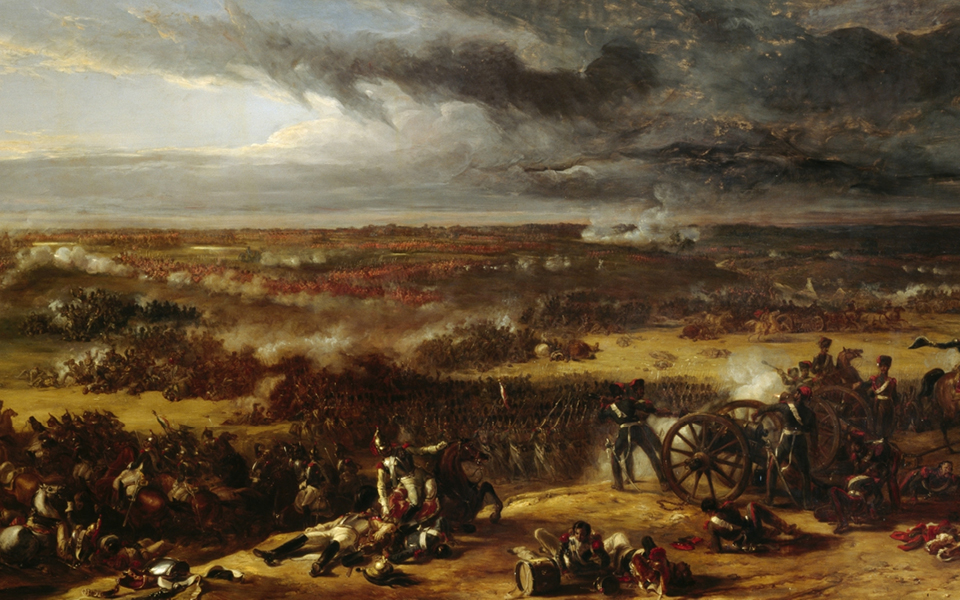 The Battle
of Waterloo 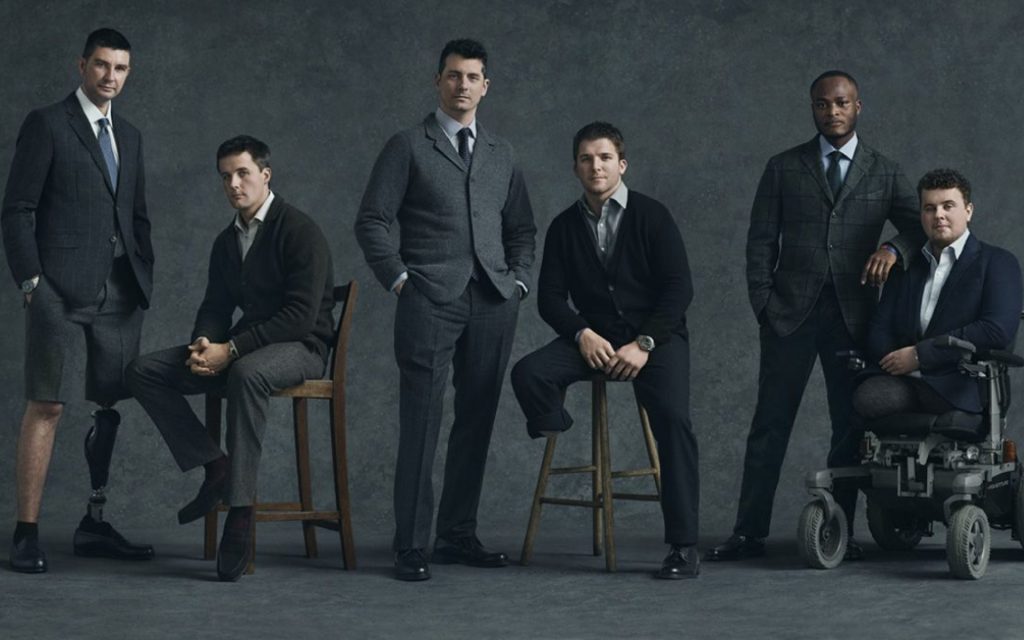