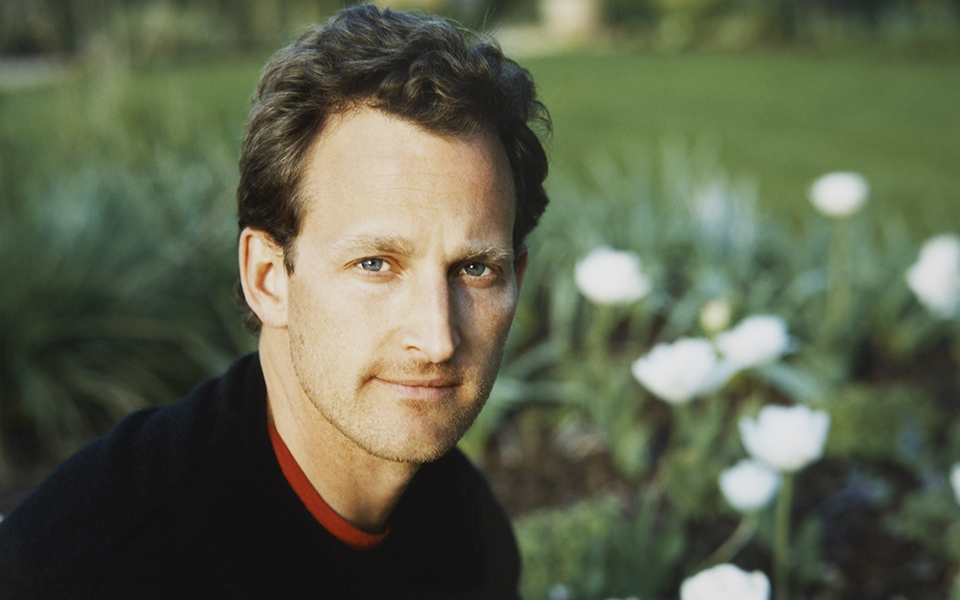 How did you become involved in the English Gentleman presentations?

I met Anda Rowland while on a shoot at Anderson & Sheppard with Sarah Mower for American Vogue. Alexa Chung was having a bespoke jacket made there, so I spent time in the atelier in Savile Row and met the tailors and Anda while Alexa had a fitting.

Coincidentally, several months later, another atelier put my name forward to photograph The London Savile Row Collections during Men’s Fashion week, so I met with Anda (again) and Jo Hambro. This assignment came to me because my photography career has been very much focused in fashion, usually behind the scenes at the Womenswear Collections, working in tense and small situations while still achieving a highly glamorous image. I thrive in chaotic locations – my camera slows it all down so even though everything is moving very fast I can always achieve stillness, capturing the silhouettes, detail and artistry of the clothing.

The day before, at a recce on my first shoot at Spencer House, I was struck by how I would need to set up my lights carefully in these fairly small rooms. As this was a live presentation, with many hundreds of guests walking around the rooms while I was shooting, my team and I would need to be very effective and efficient to photograph each of the themed rooms within the 2 hour period.

I also wanted to set the models up into my own poses and positions, to ensure I was creating my own fashion landscape or narrative, as I do backstage.

Each location differed tremendously. Spencer House was my first presentation and so it was a case of trial and error because there were no absolute expectations beyond imagery of the groupings of models as they sat or stood at static spots. The challenge was initially the 800 guests in the shot moving around the rooms with me.

Thankfully, these were seasonal shoots, so in the case of the shoot at Lords, it was June and was wonderful to be outside in London, in such a phenomenal setting – with pure sunshine.

The War Rooms Bunker had low ceilings with corridors and dark rooms set behind glass partitions. Wax dummies were replaced with the glamorously dressed models who were given a role to play in each of the rooms: telecommunications, the kitchen, operations table, map room, breakfast room, Chuchill’s bedroom.

Apsley House was the final presentation and here we had magnificent family paintings covering every inch of the walls with very high ceilings and vast crystal chandeliers. In this instance, scale became a very great challenge in the large rooms as there were so many guests walking among us and in the background.

What was your photographic approach to each presentation?
The aim was to capture the theme and mood that Anda and Jo were evoking –where the fashions were used to give a strong theme/identity to the men within their environment. My approach was always to get the best possible images, to reflect the theme and clothing, capturing the essence of Savile Row within these exquisite rooms and locations, and to show the clothes as part of the location assisted by lighting set ups that enhanced the textiles, garments, shoes, hats etc.

After the GQ publication of the Spencer House presentation, the challenge became to try and achieve another 10 page spread, so I really took a more editorial approach to the finished shot – trying to create a double-page spread layout where possible with some rooms, planning large group shots that would give the story an immediate hit of luxury and style. I had to work hard pre planning with my lighting director to consider the groupings in advance of the actual presentation. We did not know exactly how many models were in each shot until they arrived in the room, what the overall colour schemes might be or exactly what they would be wearing. There were many restrictions but I have a great team and we work seamlessly, always enjoying the challenges.

‘My approach was always to get the best possible images, to reflect the theme and clothing, capturing the essence of Savile Row within these exquisite rooms and locations.’

What were the biggest challenges?
Positioning the models with one another in a very limited time frame and keeping their focus on me with all the distractions of what was happening behind me. Making sure the lights were not so elaborate that they could not be moved easily from room to room and would not be dangerous to the passers by or cause obstructions.

What did you learn from the early presentations that helped later on?
People and light management. The experienced models understood what we were trying to achieve but immediately engaging everyone’s attention and holding it while we were in that particular room – working very quickly before we had to move on… often only 10 minutes in each setting – was something we knew we had to focus on with each presentation.

What was the most rewarding part of being involved?
The unexpected success of the Spencer House imagery and presentation, which was published in GQ, gave me more confidence with the Lords presentation to stick to making a statement about the clothing within it’s context and spread out as much as I could.

The enthusiasm and encouragement from Anda and Jo, who were creating these incredible one-off events, meant I also now felt part of the big production.

The events were huge and so organising their clothing for each presentation to feel entirely authentic, was much like dressing the entire cast of a movie that had to be shot in three hours. The abundant clothing from all the Savile Row Tailors and the preparation took them both many months to co-ordinate and prepare, so the execution had to be spot on. I loved the pressure.

Do you have favourite moment from any of the presentations?
The War Rooms has to be my favourite. Working with all the great British actors: Sir Michael Gambon, Kenneth Cranham, in Churchill’s bunker. Witnessing them turn on their acting “lights” and feeling the energy in the room change as they began to take on their roles under my direction. It’s something I’ve also felt in the wings at the very best womenswear fashion shows at Alexander McQueen and John Galliano where Kate Moss can transform herself into a Diva moments before she steps onto a runway.

I would like to work in this live field much more. Working at the theatre or ballet has often interested me, even on film locations where you can momentarily experience the potency of man’s spirit – something that can be changed dramatically by clothing. The magic behind the lens is only captured if there is something of essence in front of it.

What would you like the legacy of the photographs to be?
I would hope a modern reference of the timelessness of British men’s tailoring and style, providing a memory for the guest of an exciting event unlike anything else they will have been to in terms of fashion shows. The multi-layered and historic references that are translated into a detail that you can find in a Savile Row jacket, or a pair of trousers- all influencing the way we dress today-but embedded in the traditions of the pursuit of excellence, starting with creating a cloth from natural fibres and sourcing natural materials that will last a lifetime and are also able to be repaired.  Sustainability is the key to our future and sometimes the gift of a family heirloom, something “worn” but impossibly stylish.

See more of Robert’s work in Alexander McQueen: Unseen by Robert Fairer and Sally Singer with an introduction by Claire Wilcox.